Leroy Artist Brown was born and raised in Kingston, Jamaica. His first encounter with singing began at church where his mother was in charge of the church choir. His mother played an instrumental role with his development and interest in music.

During his youth he attended Jamaica Institute Visual Arts School and received the accredited nickname “Artist”. It was a nickname given to him by his peers. Alton Ellis “The Godfather of Rocksteady” discovered Leroy at the age of eleven years old. Alton became a mentor and they performed together as “Alton Ellis and the Flames”. During Leroy’s teens, he joined the musical band “The Hippy Boys” alongside Aston Barrett “Family Man” and Carlton Barrett. Later Leroy was invited by Maxi Romeo who was another a member of the Hippy Boys to join his singing group “The Emotions”. The group “The Emotions” included Lloyd Shakespeare, Milton Henry and Audley Rollen.

In 1971 Leroy moved to Canada where he started the musical group “The Roy’s” alongside Leroy Gibbons and Roy Reynolds. During his time in Canada Leroy produced his second studio album “Color Barrier”. He continued to develop and master his discography as a solo artist.

Leroy received several music awards such as the Juno Awards, the Bob Marley Memorial Award and the Black Music Awards. Leroy has built a strong reputation as one of the founders of reggae music in Canada 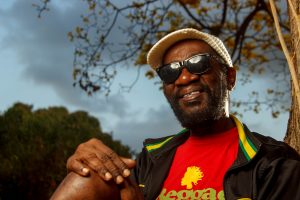